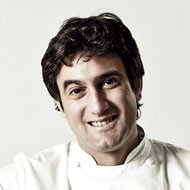 Josean defines his desserts, just as he does the rest of his cuisine, with the term “Muina”. It signifies a journey to the essence of each ingredient where no element of any creation is positioned artificially or carelessly.

He is one of those cooks who are just different, difficult to classify, unique. It is no coincidence that his restaurant, Nerua, is integrated in the Guggenheim Museum in Bilbao (Spain), instead, one often has the sensation of feeling an artistic experience when approaching his cuisine. We could possibly define it as a journey to essence, especially the essence of the products from the land, from the vegetable world, which, on his hands, reach their highest potential in terms of minimalism and purity of flavor. It is therefore a risky cuisine, which bets everything on one or at the most two combinations of flavors, and whose main focus is on one simple, crystal-clear idea.

The first step is to forget the conventional and to rethink, with an open mind, different ingredients and combinations. In accordance with these rules I attempt to identify, isolate and potentise the sweetness that is naturally to be found within any product 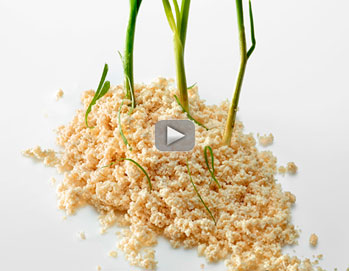