Adding natural cocoa to food can help reduce the incidence of many chronic diseases such as cardiovascular and neurodegenerative diseases, thanks to its high content of polyphenols (between 10 mg and 50 mg per gram) that have antioxidant and anti-inflammatory effects on the body. It is one of the conclusions presented by Dr. Ramon Estruch, senior consultant in Internal Medicine at Hospital Clínic, Professor at the Faculty of Medicine of the University of Barcelona, and president of the Scientific Committee of the Observatorio del cacao, at the XXVIII Meeting of the Society Spanish Nutrition (SEN), which took place from June 20 to 22 in Soria.

Numerous clinical trials have observed that the components of natural cocoa produce a vasodilator effect that favors the control of blood pressure, increases insulin sensitivity by improving glucose metabolism, improves the lipid profile, and inhibits the activation and adhesion of platelets, in addition to having a powerful antioxidant and anti-inflammatory effect. “The latter is a very interesting effect,” Estruch emphasizes, “because inflammation is the basis of many chronic diseases, such as cardiovascular diseases, cancer, cognitive impairment, etc.”

Estruch also points out that studies on the benefits of natural cocoa on health have increased in recent years. In addition, he recalled that only natural cocoa maintains 100% antioxidant and anti-inflammatory properties (figure on the right in Spanish), as well as its typical brown color and bitter taste by not having gone through any alkalizing chemical process. “The beneficial effect is derived from its consumption on a regular basis within the framework of a varied diet, natural cocoa can be introduced in a natural yogurt, with fruit, or in the case of children, it can be added to milk, contributing to maintaining an adequate consumption of dairy products that are important for their cognitive development and obtaining vitamin D”, he says.

Rogério Shimura and Gustaf Mabrouk, world baker and pastry chef according to the UIBC 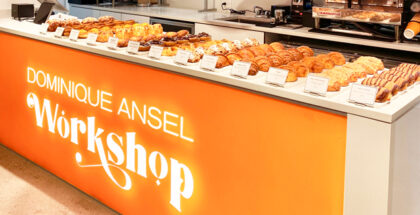 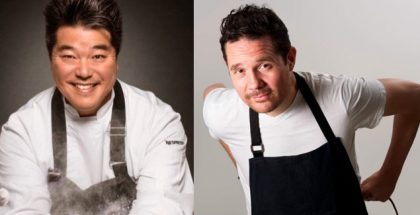