The Halloren Chocolate Museum in Halle (Germany) recently hosted a new room entirely made of chocolate by the artist Gerhard Petzl. The chocolate sculptor of Austrian origin has invested 1.5 tons of chocolate and over 5,000 hours of work to recreate this room, which emulates the founder of the old chocolate factory, Ernst David, at a time of its trajectory, towards the end of the nineteenth century.

The founder’s bust is life-size and weighs 100 kg. Next to the chair (35 kg) and his desk (250 kg) everything is sculpted from solid blocks of chocolate. There is no shortage of details made of chocolate, such as the picture frames, whose canvases are also edible, made of rice paper. Chimney, fireplace, books, sofa, and even a carpet enhance the sense of realism of the room.

Gerhard Petzl is also the author of another piece commissioned by the same museum. With the name Universe, the piece recreates everything related to cocoa from its seed and planting to its final consumption. 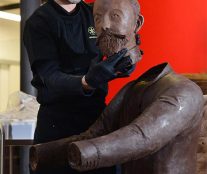 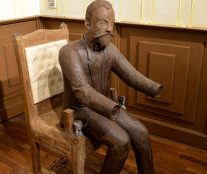 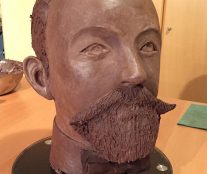 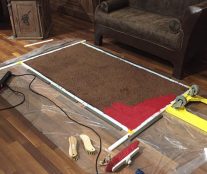 Work in progress of the carpet 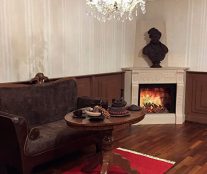 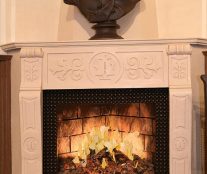 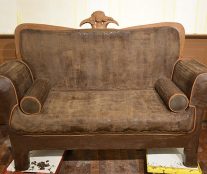 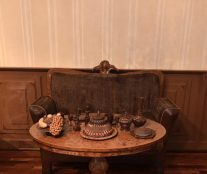 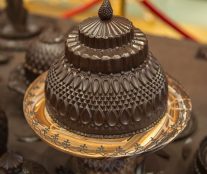 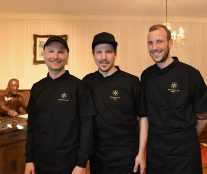 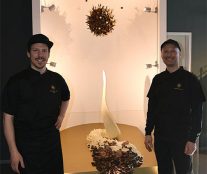 Gerhard Petzl and Simon Klasnic in front of Universe showpiece 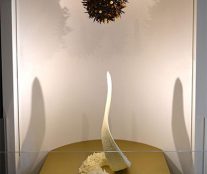 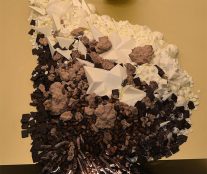 A neoprene bag, possible solution to de-seasonalize chocolate in Italy