The Salon du Chocolat in Brussels, the meeting point for great Belgian gourmets, was held from 5 to 7 February with nearly 25,000 visitors. The theme for this new edition, “Cocoa Expressions, Chocolate Innovations”, focused on current trends in the world of chocolate and pastry and celebrated the creativity, avant-gardism and capacity to innovate of a whole profession.

The salon began on Thursday night with a colorful and glamorous Chocolate Fashion Show, attended by HRH Princess Lea, Cécile Jodogne, Marion Lemesre and Philippe Close. That same day the results of the Belgian Chocolate Awards were announced where there was a special mention of François Deremiens, Dominique Persoone and Jérôme Grimonpon.

In an area of ​​6,000 m2, attendees could visit the booths of iconic Belgian brands like Neuhaus, Godiva, Galler and Leonidas, in addition to attending lectures, demonstrations and workshops of all kinds to learn more about chocolate, or go to the Pastry Show Area to see some of the big names in pastry and gastronomy such as Arabelle Meirlaen, Christophe Hardiquest, Eric Fernez, and Sang-Hoon Degeimbre.

This year the Salon focused on young talent in the area sponsored by the City of Brussels, where Generous and Jérôme Grimonpon, among others, were able to make a name for themselves.

And another worthy objective set by the organizers was to create a link between those who grow cocoa and those that produce and consume chocolate, so Togo held a place of honor this year. As such, the CCFCC (Togo’s Coordination Committee for the Coffee and Cocoa sectors) informed the Belgian public about the specifics of cocoa from Togo. In addition, this year, the Salon heavily featured the Bean-To-Bar trend, a return to the source, authenticity and expertise, including a production line made by Callebaut explaining to visitors the process of transforming beans into chocolate. 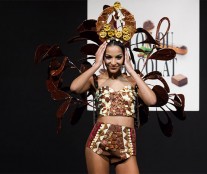 A moment of the Chocolate Fashion Show ©Svend Andersen 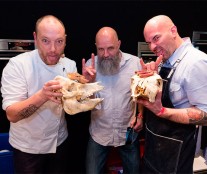 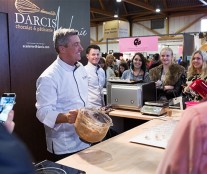 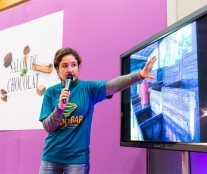 Creative conferences and round tables, the key to Europain 2016 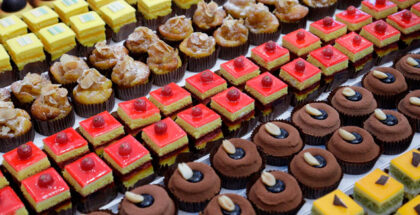 Barry Callebaut brings 155 master pastry chefs to Barcelona from all over the wo... July 15, 2014 | Alberto Ruiz 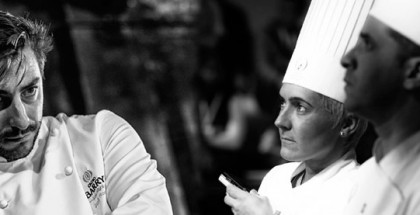