USA is one of the Top 7 Countries which, having registered the highest scores in the last three editions of the Coupe du Monde of the Pâtisserie, has a direct ticket to the final this January in Lyon. “We will compete side by side teams with more resources and more favorable training environments, but we still believe we have a chance to shine brightly with a new training program. We hope to have planted the seeds for future participants”, say Gilles Renusson and Anthony Valla, president and vice president of the Club Coupe du Monde USA respectively.

The dream of the American team is to climb to the top of the podium, “this is the reason why we have all sacrificed so much during the last fourteen months. Training and participating in this competition is the most rewarding experience for any U.S. Pastry Chef.” And to achieve this, they have greatly modified the approach to training by the hand of Roy Pell and Christophe Feyt, who have both participated in previous Coupes and who recommended the official members of the team: Bill Foltz, Victor Dagatan, and Rabii Saber. In addition, “this year for the first time we replaced the apprentices who had previously assisted teams with three experienced pastry chefs who could be the eventual alternates if the situation warranted it. Robert Nieto and Nicolas Chevrieux, who both successfully participated in previous pastry competitions in the U.S, assisted the team for the first 11 months before Julie Eslinger joined them.

It has been a long preparation process in which everyone involved has invested time and effort. The first meetings and brainstorming took place at the end of 2015 at Midwest Import in a suburb of Chicago, and they began to look for the best original ways to represent the idea of acrobats in all aspects of the competition. The team was guided again by their loyal group of advisors. Nick Antonakis and Robin Van Rooyen from Grand Rapids Community College Art Department contributed their precious graphic and design expertise. Randy Finch and Luba Petrash were with Victor when planning his ice carving. Sylvain Leroy was again driving the tastings, and Roy, Christophe, and Ewald Notter provided directions about the chocolate and sugar sculptures.

A few days before the final, Renusson and Valla affirm that one of the strong points of the USA team when successfully facing the competition is that “for the first time we have a professional ice carver and sculptor (Victor), we also have a Captain (Bill) who won the best artistic sugar award in the 2011 Coupe du Monde de la Pâtisserie, and we have a power house driving the tasting category (Rabii)”, without forgetting “the modesty, kindness, motivation, and respect that all team members, coaches, and advisors have shown to each other and our supporters and sponsors”. 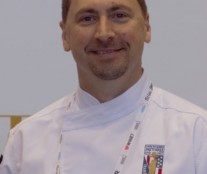 Bill Foltz, the member of the USA team in charge of sugar 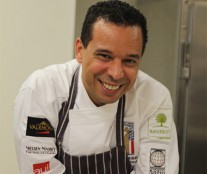 Rabii Saber, the member of the USA team in charge of chocolate 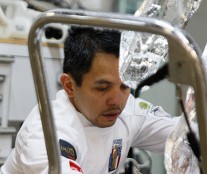 Victor Dagatan, the member of the USA team in charge of ice 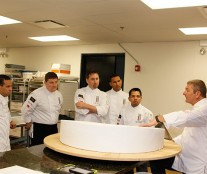 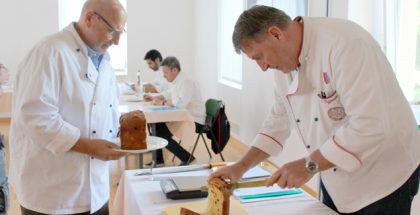 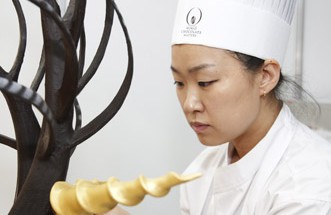