The magic of Patrick Roger returns for Christmas

After the workshop fire he suffered at the end of September, the MOF chocolatier (2000), Patrick Roger slowly returned to work to begin preparing for Christmas. And so his new stores in Paris and Brussels will once again contain new festive products at one of the most creative times of the year when the stores are filled with fresh ideas. This year will be no different and Patrick Roger surprises us once again with creations that combine a creative genius with a sound business sense that is rarely seen in France. We see his usual animals and chocolate Christmas trees, as well as truffles and almond pastries of different flavours, bathed in chocolate.

Once again Roger challenges his imagination with one of the tasks he likes best: chocolate animal artistic pieces. With his unique style, he adds to his existing collection of threatening animals with the emperor penguin from Antarctica, the king of the species. They are created sold in various sizes, from 16cm up to 200cm.

The MOF chef also now incorporates fruit flavours in his traditional chocolate Christmas trees with a base of caramelized almonds. The carefully chosen hidden fruits are Córcega oranges and chocolate-coated raisins, which bring a touch of zing to the predominantly chocolate creations. The trees are available in six sizes.

Finally, the new truffles and almond pastries in vanilla, nut, white and black rice, all bathed in chocolate are a few of the surprises that this chocolate genius is keeping in reserve for the next Christmas season. 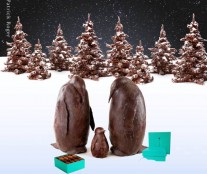 Mugaritz embarks on a study of the world of sweets 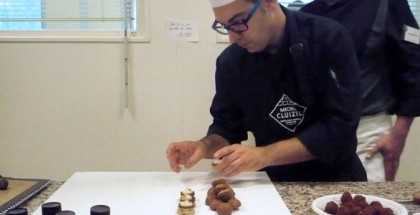 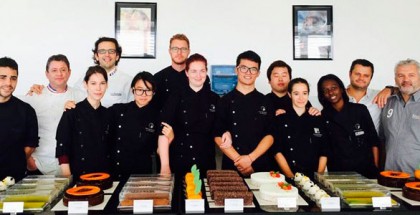