‘We are so lucky to live where we live and have all the most amazing produce surrounding us’.

In the privileged natural setting that is California, Stephanie Prida enjoys her job as a pastry chef at the three Michelin-starred Manresa restaurant. Everything runs smoothly, in tune with the seasons and what the fertile land offers within a two-mile radius from the kitchen.

‘I often describe the desserts at Manresa as California fresh. We are so lucky to live where we live and have all the most amazing produce surrounding us. I constantly have fresh fruit and herbs on the menu. Nothing we do is super heavy or rich. I think that is our philosophy for the whole menu, savory and sweet, not feeling heavy at the end but feeling light and satisfied’. In this enthusiastic way, Stephanie Prida refers to her work as pastry chef at the three-star Michelin Manresa restaurant in the Californian town of Los Gatos. 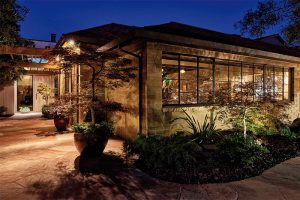 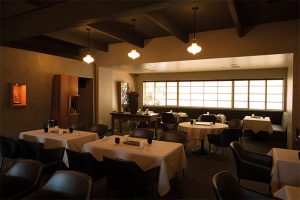 She wanted to be an artist until she discovered how much art is within a dish, and even more so in a dessert. So after getting her Associate Degree from the California School of Culinary Arts in Pasadena, Prida decided to focus squarely on pastry. The Ritz-Carlton Lake and the RM Seafood and Tableau, both in Las Vegas, the Cove Restaurant in La Jolla (California) and even the kitchen at Nogarazza in Vicenza, Italy, have inured our pastry chef in the sweet world. Once again in her country, she went to several Chicago restaurants, such as Blackbird, the Elysian Hotel or L2o Restaurant, to finally return to her native California and become part of the Manresa team.

“I constantly have fresh fruit and herbs on the menu. Nothing we do is super heavy or rich. I think that is our philosophy for the whole menu, savory and sweet, not feeling heavy at the end but feeling light and satisfied”

And since 2012, she has enjoyed working at a restaurant that beats to the rhythm of the seasons and the nature that surrounds it, ‘at Manresa is all about the time and place. When the diner sits down we want them to feel like they are in the middle of summer in California. With that, we use so many ingredients that are within a couple miles from us. We like to concentrate on singular flavors and really bring out the best of each season in California’.

Although the gastronomic evolution in the United States is an unquestionable fact, it does not happen with the same intensity when we speak of pastry. Prida explains, ‘It is slowly coming along. But we will never have the same pastry culture as France, as much as I wish. There are a lot of Americans who still don’t know French classic pastry and when it comes to food in America we want whatever is the fastest and easiest. We are a very impatient culture when it comes to all aspects of food’. This impatience is completely incompatible with the sensitivity and intensity that this renowned chef brings to her desserts. In the sweet Californian dream, time has its own rhythm.
You will find these two creations with recipes at so good #17 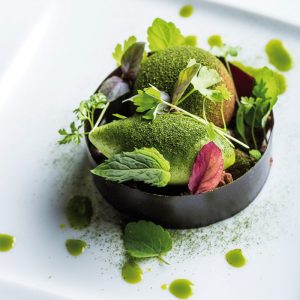 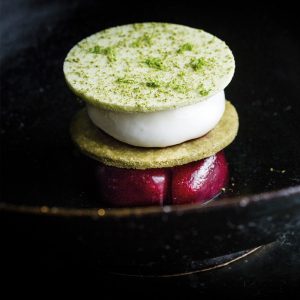 Bredeles and other savory treats by Thierry Mulhaupt

Step by step of a sugar ear of corn décor by Frank Vollkommer... September 3, 2018 | Fernando Toda 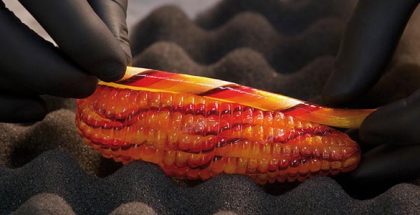 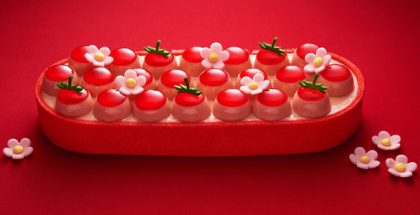