so good.. magazine > Pastry Blog & News > Pastry Chef Articles > Ooi Hooi Shing: ‘The dominance of the French influence on pâtisserie the world over continues to be a strong force’
No Comments 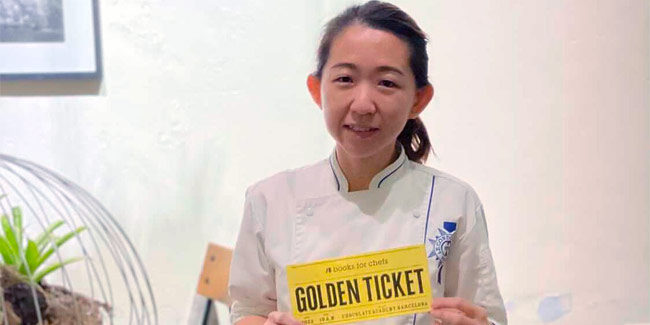 After finishing high school in Malaysia, Ooi Hooi Shing decided to continue her training in the United Kingdom and did a Masters Degree in Electronic Engineering. After several years working at Intel Penang, she discovered her passion for French pastry and began studying at Le Cordon Bleu Paris, thus turning her life around.

This pastry chef is the founder of Le Petit Four, a hand crafted French pastry in George Town, Pennang (Malaysia). “As fate would have it, the right place, opportunity and business partner, to take Le Petit Four up another notch, came along. Elveen Tai was truly the missing piece to make the whole picture complete and the rest is history”, she says.

Hooi Shing has also won one of the three Golden Tickets that we hid in the book, Files, by Ramon Morató, which deals with pastry and chocolate from a 360-degree perspective, from research and science, applications, techniques and practical solutions , the latest trends and new consumption habits. We’ve talked to her about her background, her pastry tendencies, and her impression of Files.

Why did you decide to open a French pâtisserie boutique in Malaysia? Do you combine French and Asian ingredients, or just French?

Opening a French patisserie has always been a dream for me. During my stint in France, I came across many patissiers and cafes that continue to inspire me to this every day. It is this very inspiration that flamed the passion I have for French patisserie and pushed me forward step by step. Penang, my hometown, is the biggest city in North Malaysia famous for its street food but never had a proper French patisserie. Penangites always had to travel to faraway Kuala Lumpur for the real thing. It was truly an opportunity too good to pass on, to bring authentic French patisseries to my hometown.

I am strongly influenced by the European masters of French Patisserie and tend to lean toward traditional French ingredients when it comes to my creations. Of course, being in an Asian setting, subtle adjustments do sometimes have to be made to accommodate the taste buds of my largely Malaysian clientele.

How has this proposal been received by customers?

Le Petit Four has had the great fortune to have a thriving local clientele in George Town and the greater Northern Region comprising Perak and Kedah. Penang being a local tourism hotspot also draws many interstate tourists from Kuala Lumpur and further south who throng the attractions in George Town and we have become one of those must visit places that has largely benefited from positive recommendations by word of mouth and also on social media .

What do you think are the current and future trends in pastry worldwide?

The dominance of the French influence on patisserie the world over continues to be a strong force that cannot be denied. As patissiers around the world continue to perfect their craft, there will certainly be plenty of opportunity for them to move beyond traditional French ingredients and explore new ways of making French patisserie their own. In a more mature market like Kuala Lumpur, I am beginning to see many patisseries that have started to experiment with local ingredients.

How would you define the book Files by Ramon Morató? Is it a good tool to improve in your profession?

Patissiers should always keep their minds open to new ideas and new ways to improve their craft. Ramon Morató is a master who has brought the art of baking to a whole new level. It has certainly given me many new ideas and renewed inspiration to create my patisseries.

Why would you recommend reading Files to professional pastry chefs?

Ramon Morató’s books, much like his career, have greatly inspired me in my craft and I wholeheartedly believe that ‘Files’ will be a great source of information that will definitely help any professional patissiers to gain new inspiration in the art of pastry making.

The Golden ticket included a masterclass with Ramon Morató in April. What is your assessment of this class? What tips have you learned?

To be one of only three lucky people in the world to receive the Golden Ticket to a masterclass with Ramon Morató is truly an honor beyond words akin to studying fine art with Michelangelo. For a pastry chef, a masterclass with Ramon Morató is a career highlight that cannot be matched.
It was a great opportunity to have spoken to Ramon, his passion and his creativity in every single bit of desserts, have truly inspired me. The subtlety of inulin, the skinny desserts, are the new era of desserts. Thank you Ramon for bringing me to the next level of desserts, and I can’t wait to see you in person and toast together with a great wine.

Some of Ooi Hooi Shing’s desserts

Most common types of sugar in pastry by Paco Torreblanca 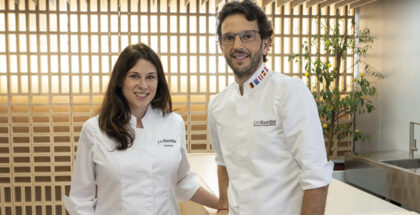 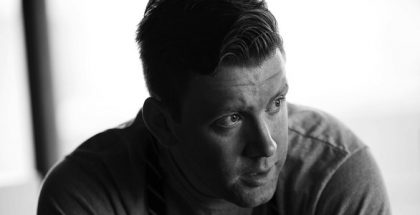