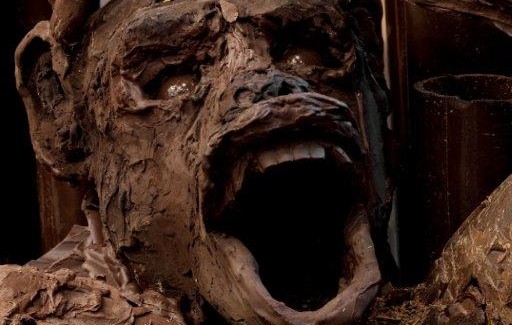 The unique chocolatier Patrick Roger has just opened his umpteenth store, which has little and a lot to do with the previous ones. On number three place de la Madeleine, in the very heart of Paris, his establishment is, above all, a personal exercise of art and passion in the finest style, so typical of this MOF chocolatier. 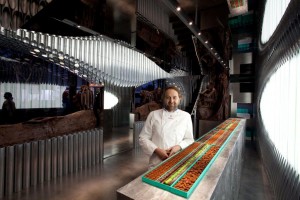 Patrick Roger in his new establishment

Divided into three spaces and conceived in a spherical shape, as though it was an ‘oxygen bubble’, Patrick Roger’s recently inaugurated store grows from the deep, like a chocolate mine in which chocolate saucepans and raw cocoa beans can be seen all over the place in the half-light. On the way, different bronze and aluminum sculptures are scattered, another of this French chocolatier’s passions.

On the ground floor, the tasting area is found, which acts as a sort of ‘taste sculptures’ where the organic, creative forms of the pieces exhibited are converted into all sorts of flavors and combinations of bonbons d’auteur. In the third lounge, on the first floor, is where the temporary chocolate sculptures are exhibited, which at the opening time were inspired by the jungle theme of apes and orangutans. 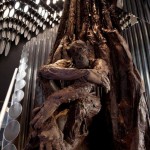 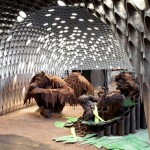 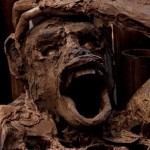 A kind of gigantic roots run across the three areas, surrounded by some curved compositions of aluminum cylinders which symbolize the special way Patrick Roger has to get connected to nature in general and to the world of bees in particular, recognizing himself as a fervently passionate apiarist.

In short, Patrick Roger’s opening at La Madeleine is a space in which this chocolatier gives free rein to his most artistic, personal side, inviting the visitor to get inside a universe with an intense chocolate aroma and a special artistic sensitivity. 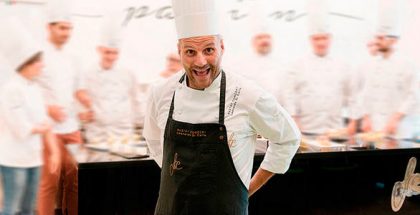 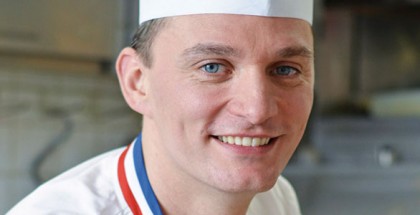