Blanca del Noval. The value of kernels and stale bread 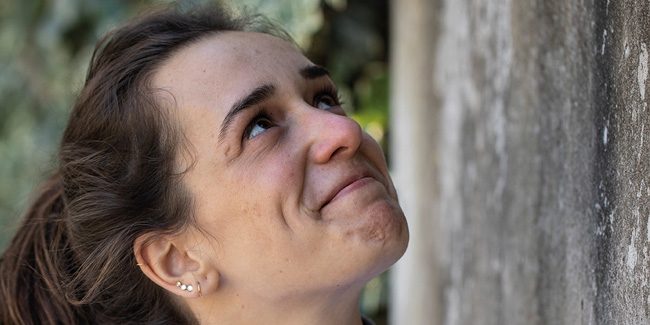 One of the ways to improve sustainability is found in the optimization of resources and in avoiding a large amount of waste and leftovers. Based on this premise, the researchers of the BCulinaryLAB, a department located within the prestigious Basque Culinary Center in San Sebastian (Spain), have been studying the potential of fermentation as a technique to give a new gastronomic values to the foods that would be otherwise thrown away, like fruit, kernels or stale bread. Led by the chef and researcher Blanca del Noval, we delve into the possibilities that this study offers to the world of pastry.

Sustainability, by definition, refers to the capacity of an element to maintain itself in time without exhausting the resources it uses to carry out its mission. This term has gained enormous relevance in the value proposition of high impact projects related to gastronomy in recent years, and can be applied to different areas within the same. Today there is already talk of economic, environmental and even social sustainability within the kitchen.

Firstly, it is essential to make a differentiation between the concepts of scraps and waste. The first term refers to what is thrown away for not being considered food or having little value (bones, skins…), while the second refers to those foods that are thrown away by faults in the production chain (e.g. overripe fruits).

The use of scraps and waste has been one of the tools used for the use of raw materials in traditional cuisine. However, not always the final use has managed to revalue them to a large extent. Also, it is not the same to use organic waste to make compost, as to use it in an haute cuisine preparation or to commercialize a new product on the market based on them. The value of such waste will increase as the final product that we obtain increases. In this way, the raw material will also be revalued from its origin, empowering the primary sector to a greater extent.

Today, initiatives such as “WastedNY” by Dan Barber or “Food for soul” by Massimo Bottura support this trend in different countries. In particular, Dan Barber has created a community of chefs, farmers, ranchers, fishmongers, producers, distributors and merchants to use and revalue, through the kitchen, all of the scraps of the food production chain. For his part, Massimo Bottura has focused on giving a second life to products taken out of large stores. Although they would not be considered scraps, these products that are in perfect condition end up in the garbage dumps because they are close to the expiration or preferred consumption dates.

If it is intended that the scraps acquire the same value as the product from which they come, and that they are consumed on a daily basis, this way of thinking has to be changed. Perhaps they are not appreciated because they have not been culturally considered as food, or because their raw appearance does not invite one to consume them, etc. In any case, it should be thought that these scraps could have a high content of hydrates, proteins or fats; or still harbor a significant number of aromatic compounds or precursors. One only has to consider what culinary techniques can be used to transform these products and take advantage of these qualities that remain.

“It is not the same to use organic waste to make compost, as to use it in an haute cuisine preparation or to commercialize a new product on the market based on them. The value of such waste will increase as the final product that we obtain increases”

For example, a walnut shell. Although too thick to be ingested as its seed is, it has aromas that could develop if roasted and used to infuse in a liquid medium, be it an infusion, a liqueur or an ice cream. However, toasting and infusion only allow to enhance and extract aromatic compounds already present in the shell. How do we go even further?

Fermentation is one of the most widespread techniques, in different cultures throughout history and on different continents, for the transformation of raw materials. We cannot forget that drinks, as appreciated as wine or beer, have been created thanks to the work of the yeasts, developing organoleptic qualities that we would not find in the must from grapes or grains. Koji, used in Japan, is the result of the inoculation of the fungus Aspergillus oryzae in grains or legumes that generates enzymes and aromatic compounds of great culinary value. Many things can be made with it, from sweets, alcoholic beverages, vinegars, sauces and misos.

Fermentation is a bio-chemical process by which an organic substance is transformed into another -generally simpler- by the action of a microorganism. These generally feed on proteins and hydrates, generating aromatic compounds and other metabolites in the process. Understanding this simple definition, a tool of great importance, is presented when transforming and revaluing scraps.

To apply this concept well, it is necessary not to focus on the appearance or texture of the food, but on its components. In this way it is possible to see that stale bread still contains hydrates and proteins, albeit with lower humidity and volatiles, but with ample possibilities of being transformed and generating new organoleptic qualities of great gastronomic value.

These are two of the main fermentations used in the use of scraps:

As mentioned above, koji is the result of the inoculation of the fungus Aspergillus oryzae in grains and legumes, mainly rice. In Japan, it is used both for making sakes, and for making fermented soy sauces. Nowadays, the use of barley has also prevailed, especially in the Nordic countries, where this technique has become another cooking tool.

In the process, the fungus generates certain enzymes, mainly proteases and amylases, as well as volatile compounds of interest. These enzymes denature carbohydrates and proteins, obtaining simple sugars (now potentially fermentable) and amino acids (responsible for umami flavor or precursors of aromatic compounds). Applying this technique to stale bread, for example, we could obtain from an alcohol distillate to a bread miso or sauce.

Kombucha is a slightly carbonated drink that is made from an infusion of sugary tea, thanks to fermentation by yeast and bacteria. These microorganisms live in symbiosis forming an SCOBY (Symbiotic Colony of Bacteria and Yeasts). As a result of fermentation, mainly CO2, acetic acid and aromatic compounds are produced.

This process has the ability to greatly transform the organoleptic qualities of the initial infusion, providing greater complexity and gastronomic value. In addition, the acidity that occurs helps to balance the excess bitterness of some of the products. Previous treatments such as roasting can favor the obtaining of aromas of interest.

The lactic bacteria, which can be found on the surface of fruits and vegetables, are responsible for the production of fermented products that are consumed as sauerkraut (Central Europe) and kimchi (Korea). These microorganisms consume simple sugars (hexoses) and generate lactic acid as waste. By reducing the pH this technique is traditionally used for food preservation. In addition, it produces very characteristic and appreciated aromas and flavors. Generally, a process of lactic fermentation in vegetables is carried out under specific conditions to favor the growth of these bacteria: 2% salt (minimum) and absence of oxygen.

Discover these three recipes in sogood #22 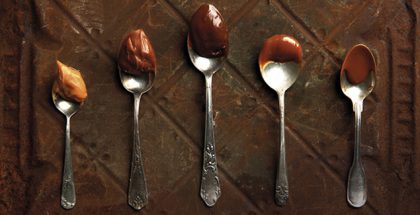 Paco Torreblanca: “We want to teach our students to love the work and the prod... December 11, 2014 | Jaume Cot 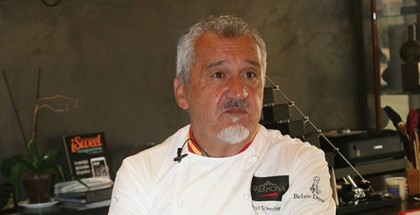