A London studio presents the lightest dessert in the world

Bompas & Parr, a London expert design studio with multisensory experience, has developed, in association with the Aerogelex laboratory in Hamburg (Germany), a meringue so light that it looks like a piece of heaven . A dessert that was presented in October at the King Abdulaziz Center for World Culture (Ithra) in Dhahran, Saudi Arabia, during Ithra’s Creativity Season, Tanween.

For its preparation, Bompas & Parr has applied a technical supercritical drying process used in the formation of the airgel. The company recognizes that its interest in the airgel is very recent, considered one of the lightest solid materials with 98% air and, at the same time, one of the best insulators. It was invented in 1931 as a result of an academic bet on gels that Samuel Kistler won. The chemist, who removed the liquid component of a gel by replacing it with gas and keeping the internal matrix of the gel intact, focused his investigations on silica gels, alumina, chromia, and tin dioxide, although he explored other elements such as egg albumin. Bompas & Parr has generated an airgel with egg albumin to achieve this dessert that only weighs one gram.

To learn more details of this surprising proposal, we share below a video that reviews the story and allows us to imagine the lightness of the final result.

A bread factory in the UK in the 60s 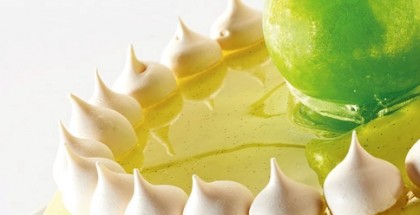 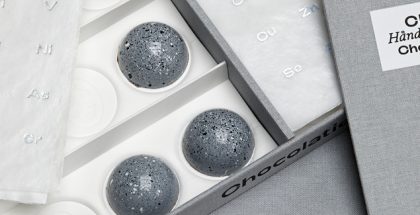