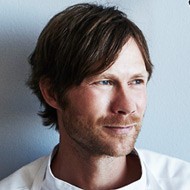 After leaving everyone speechless and obtaining bronze, silver and gold in three editions of the Bocuse d’Or (2005, 2007 and 2011), the Danish chef Rasmus Kofoed is developing a career of great importance as the head of the restaurant Geranium, located on the eighth floor of the National Stadium in Copenhagen. The key to his cuisine can be found in an elegant, original and heartfelt embodiment of what nature teaches and gives us. A philosophy that is also kept intact in the sweetest part of his menus.

I think the name of the restaurant defines my cuisine very well. It speaks of life, speaks of the very relevant value of plants, and speaks of all the senses that come into play

Walk in the forest by Rasmus Kofoed February 13, 2017 | Ana Rodríguez 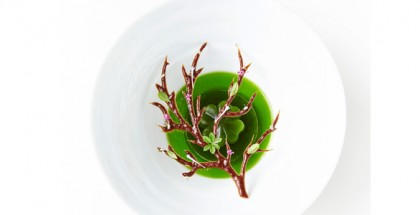