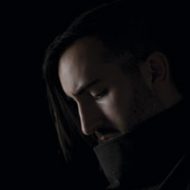 His first job in the kitchen was in his native Savannah (Georgia) at only 15 years old. A year later, he enrolled in Johnson & Wales and at 17 he became the youngest chef ever to work at Thomas Keller’s The French Laundry. This was the beginning of an extensive professional career in the pastry stations of Per Se, Alinea, Varietal, Michal Mina, and XIV Michael Mina, until in 2010 he opened his first restaurant, Red Medicine.

In July 2017, he opened Vespertine, a 22-seat tasting-menu restaurant in Los Angeles that takes diners out of their comfort zone. And all thanks to a traffic jam. Trying to avoid congestion at rush hour, he found an under-construction steel-and-glass red-oxidized building which Vespertine became after four years of work. To keep himself busy during construction, he opened Destroyer, an informal breakfast and lunch place across the street, which earned him a coveted Best New Chef spot on Food & Wine magazine’s annual list.

“I don’t look at desserts differently than I do savory”