Several ice cream makers who are currently most in vogue in France have temporarily left the workshop to explain their philosophy of work and share their favourite recipes with the public. We find those recently established, such as Glaces Glazed with their provocative designs and the yoghurt shop of It Mylk, side by side with the well-established La Martinière. They each promote their products through new books, which contain some of their most refined and exceptional creations. Each publication is innovative, with intriguing ideas for any professional who is interested in ice cream.

The first of the books, Glaces Glazed, published this June, traces the career of the Parisian ice cream shop Glaces Glazed, through 140 pages containing their most emblematic creations. You will discover some of their most provacative innovations, such as Smoke on the Water (Madagascar vanilla ice cream with organic hemp seeds), Black Sugar Sex Magic (dark chocolate sorbet, wasabi and ginger) and Clockwork Orange (orange sorbet, Campari and a reduction of Balsamic vinegar). Its author, Henri Guittet, has been one of the most talked about ice cream makers in recent years in Paris. Following the premise that everything in the world of ice cream can be revised, he works with unusual associations of flavours. His ice creams are distributed in lorries throughout the French capital and to concerts. Indeed, rock n’roll is not only one of the principal sources of inspiration for this thirty-something ice cream chef, but is also to be found playing in the background while he develops his creations. 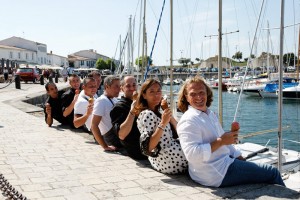 The brothers François and Xavier Cathala and the rest of the team, the second generation of this well-known ice cream making family from the French island of L”île de Ré in the Western Atlantic.

The ice creams of Martinière: artisan ice cream mastery from the l’île de Ré has also been recently published, this past April 30th. The second generation of this well-known ice cream family, the brothers François and Xavier Cathala, explain in 128 pages the most important aspects of the original ice cream making process of La Martinière, situated on the French island in the Atlantic Ocean. You will find different textures of parfait, the most original forms and flavours for ice creams of caramel, fleur de sel, chocolate, Sicilian pistachio, praline, yoghurt, as well as sorbets of melon, lemon, strawberry, orange and cinnamon. There are figs, reworked ice cream desserts such as maki glacé, iced macarroons, Paris-Ré with iced praline, iced eclair, fraisier glacé, and much more, all presented in this book which comes from an establishment that has recently been classified 5th among the 50 best ice cream shops in France by the influential publication Gault et Millau, in July of 2012. Without doubt, a remarkable ice cream shop in the maritime style.

Frozen yoghurt could certainly not be omitted from these recent new publications of French ice cream. Frozen yogourt à la fraçaise brings together the experience of Constance and Mathilde (It Mylk), two Parisians, who after passing through New York in 2010 left their respective jobs to bring the culture of frozen yoghurt to France. Their book contains 61 recipes for making frozen yoghurt at home, with ideas on how to create original toppings, produce ice cream sundaes with a base of natural yoghurt with fruit and white chocolate as well as ice cream sandwiches and smoothies. The first pages of the book tell the story of yoghurt and of frozen yoghurt, of It Mylk and its philosophy. A separate chapter contains all the healthy ingredients used at It Mylk, such as oat bran, kale, yuzu and linseed. 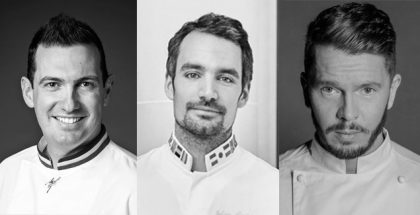 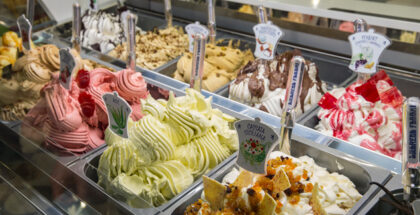