so good.. magazine > Pastry Blog & News > Pastry News > A new method to achieve a healthier and sweeter chocolate has been investigated
No Comments

Much has been said about the benefits of eating chocolate for blood pressure, cholesterol, and cardiovascular accidents… and it seems that it doesn’t end there. On March 24, at a meeting of the American Chemical Society, a new method for the preparation of cocoa, consisting on retaining as many healthy polyphenols (an antioxidant) to achieve a healthier and sweeter chocolate, was presented.

Cocoa goes through several processes before becoming a bar of chocolate. Workers cut down pods from cocoa trees, then split open the pods to remove the white or purple cocoa beans. They are fermented in banana-lined baskets for a few days and then set out to dry in the sun. Roasting, which is the next step, brings out the flavor. But some of the healthful polyphenols (antioxidants) are lost during the roasting process. “We decided to add a pod-storage step before the beans were even fermented to see whether that would have an effect on the polyphenol content,” says Emmanuel Ohene Afoakwa, Ph.D., who is at the University of Ghana. “This is not traditionally done, and this is what makes our research fundamentally different.”

Afoakwa explains that currently the beans are toasted for 10-20 minutes at 120-130 degrees Celsius, but his team has found that by toasting them 45 minutes at  116.66 degrees Celsius, a better tasting chocolate with a higher level of antioxidants is obtained.

The conference is also given in the ACS channel. 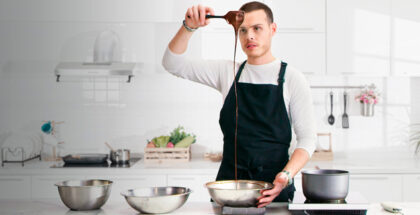 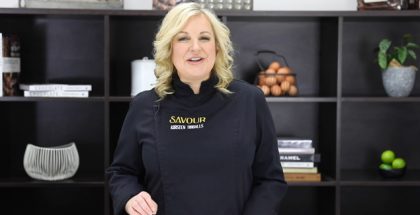