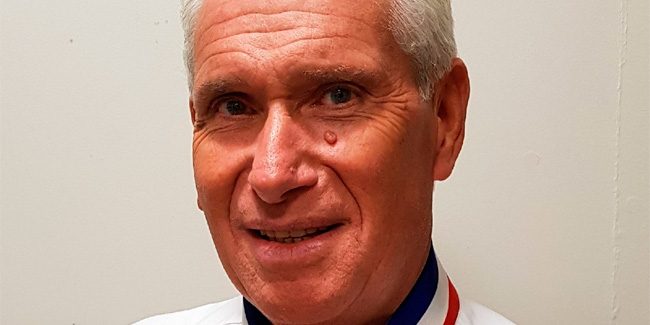 The last Coupe du Monde de la Pâtisserie was marked by emotion, by Malaysia’s first ever victory, and by major changes. For the first time since its creation 30 years ago, the organization has imposed a common theme (Nature, fauna and flora), has introduced as a requirement the presentation of a 100% vegan dessert in line with the current demands of consumers, and it has changed the scoring system, going from a mark by points to an evaluation in each discipline. We have spoken with Jean-Philippe Gay about the present and the future of the competition.

What are the main changes (regulation, scoring criteria) of this edition?

One of the main changes of this edition has undoubtedly been the small revolution in the scoring system. We wanted to evolve the method after a while, going from a point-by-point marking to an evaluation in each discipline from a score grid that only gives five mark possibilities. 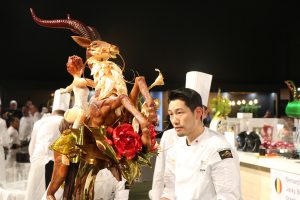 In addition, we have imposed a theme for the first time: “Nature, fauna and flora”, with which we wanted all the teams to become environmentally aware. Thus, for example, they had to include a honey-based cookie in their chocolate desserts as a reference to our commitment to the defense of bees together with the UNAF (National Union of Beekeepers of France).

The vegan-style dessert test imposed unprecedented restrictions on the teams, since the candidates could not use any animal material in the design of their creations. As a result, we wanted pastry chefs from all over the world to reflect on what could be the dessert of tomorrow, rethink their way of doing things, and develop innovative techniques to meet the new demands of consumers (veganism, allergen reduction, etc.)

“We wanted to evolve the method after a while, going from a point-by-point marking to an evaluation in each discipline from a score grid that only gives five mark possibilities”

Has there been specific training for the juries of this edition to change their way of evaluating the creations?

The new scoring method was already introduced in the previous selections in order to learn it before the end of 2019. All the team presidents in the four continental selections (and also in the national elections of the top 5) received specific training . In this way they were able to become familiar with the grid and above all with the requirement of an instant score on which they can no longer go back. Until now they had the habit of taking paper notes from each team before deliberating the points, comparing results between themselves. 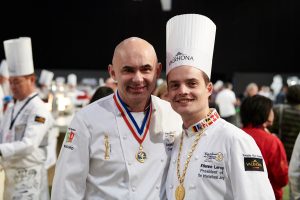 committee and the jury, whose role is crucial for the competition. We have demonstrated through concrete examples of both the tasting and the presentation of what criteria the jurors must put before the scores.

Are you satisfied with the way this edition has been developed?

Without a doubt, this “30th anniversary edition” has given us beautiful surprises and moments of great emotions! Gabriel Paillasson personally commissioned me to implement this new evaluation system in the semifinals and in the final. Naturally I felt a bit of uncertainty because I wanted this radical change to work without problems. Once the fears of the team presidents were over and that some technical parameters were adjusted, this system seduced all the members of the jury for its simplicity and effectiveness.

As a member of the Organizing Committee, is there anything that has especially left a mark on you this year?

The promotion of the Malaysian team to the first place on the podium is, without a doubt, one of the highlights of this 30th anniversary! This country was not really a favorite for this edition. However, it has excelled, both from an artistic and tasting point of view. This shows that the Coupe du Monde de la Pâtisserie is more than ever an open global competition, in which any country can climb to the top of the ranking.

Do you want to make any changes (for example, the rules or the organization of the competition) for future editions?

The rules of this competition have always been in constant evolution since its creation. We make the necessary changes as the competition develops. The Committee takes into account the behavior of the teams in each final in order to adjust the necessary requirements for the coming years. This normative and organizational renewal is essential to keeping up with the evolution of our trade and to encourage teams to promote technical skills every new edition. Through what we have been able to observe this year, we already know that modifications will have to be made for the next edition.

“The Coupe du Monde de la Pâtisserie is more than ever an open global competition, in which any country can climb to the top of the ranking” 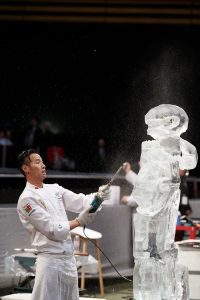 Asian countries are showing that their level is constantly increasing. What actions should be undertaken in Africa or Latin America to enjoy an improvement on a similar level?

The level of Asian countries, in which Japan has been in some way the precursor, has evolved a lot in recent years. Other countries, such as Morocco, also progress from one edition to another. For me it is no secret: the recipe for success is a lot of work and rigor.

It is necessary that the teams carry out intense preparation, during which they must be accompanied to improve their organization, their recipes in terms of taste, and to rectify, if necessary, the technicality of their artistic approach according to the chosen theme.

Never forgetting that this competition always favors the tasting more than the presentation. For a nation to be at the top of the ranking, it will have to focus on the taste and excellence of the products that will be presented to the jury.

The countries, which perhaps today are in a slight retreat in the hierarchy of the contest, must acquire experience with each of their participations and in contact with other nations that propose achievements at the forefront of the latest technical and artistic trends. In this way they will be able, in their work and self-sacrifice, to access one of the spots on the podium in the future. Malaysia has shown it in this edition.

“For me it is no secret: the recipe for success is a lot of work and rigor”

Are the European countries sufficiently represented in the final of the Coupe du Monde?

Every year the countries of the European continent are well-represented in the competition. It is true that moving to the Top 5 (countries that have obtained the best results in the last three editions and qualify directly to the final) has reduced the name of European countries of these selections.

We have never wanted a World Cup at two speeds: it is with this perspective that the rules of the competition have evolved to change from Top 7 to Top 5, in addition to the winning country of each edition which cannot participate in the following one. It is therefore up to the European finalists, among others, to redouble their efforts and creativity to be able to access the podium. In fact, we are seeing that the supremacy of the great teams is becoming increasingly blurred. This proves once again that the Coupe has allowed nations on five continents to raise the level of pastry worldwide. And that is the point of this incredible and wonderful competition. 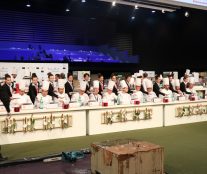 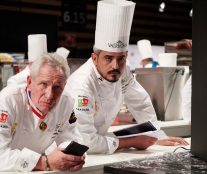 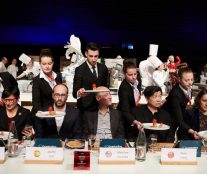 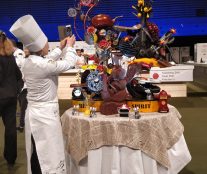 The USA team for the Coupe du Monde de la Pâtisserie will be decided in August... July 24, 2017 | Ana Rodríguez 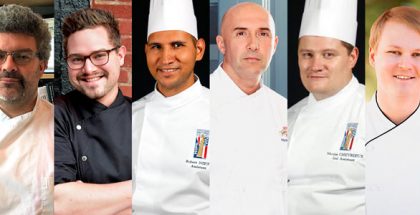 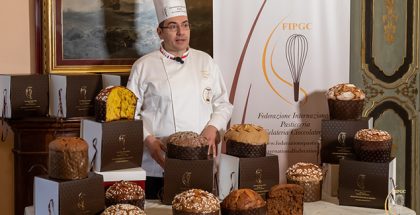