so good.. magazine > Pastry Blog & News > Pastry Competition > Davide Malizia is awarded the third Sucre d’Or in history for his artistic work with sugar
No Comments 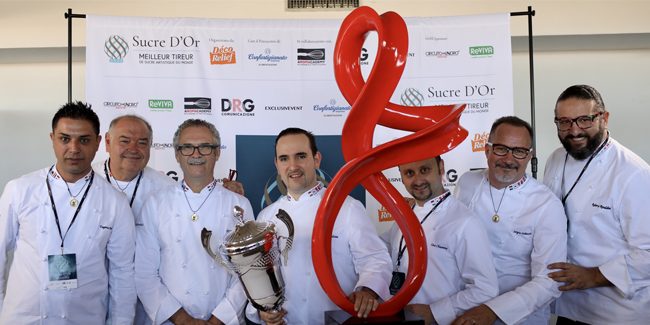 Davide Malizia adds a new award to his career. The Roman chef has just been distinguished with the Sucre d’Or, a prestigious international award that the Déco Relief company grants to the professional who has left his mark in terms of style, aesthetics, technique, and innovation artistically working with sugar for the last ten years.

For the first time, the title has been for an Italian chef, which is a great satisfaction for Malizia. “I consider this prize legendary, also taking into account the incredibly high standards of my predecessors, Gabriel Paillasson and Stephane Klein. I never thought I could actually win it, so it was a big surprise and a double honor. It is an important step in my career, which rewards everything I’ve done in sugar art up until now in the best possible way ”.

Gabriel Paillason and Iginio Massari were in charge of announcing the name of the winner last Sunday, September 6 in Rome. A ceremony in which Massari wanted to highlight the rarity and value of Sucre d’Or, which “is awarded every ten years, meaning that, in a century, there will only be ten sugar artists to hold this title”.

Along with Gabriel Paillasson, a panel made up of Frédéric Bonnet, former technical director of the École Nationale Supérieure de Pâtisserie (ENSP); Alain Lambert, founder of Déco Relief, and Pascal Molines, MOF and World Pastry Champion, unanimously voted Malizia for “his tremendous development and technical ability”, Lambert says, adding that “his prestigious ‘Aromacademy‘, established in Rome in 2015, is proof of his hard work, love for the profession, and desire to impart his know-how ”. 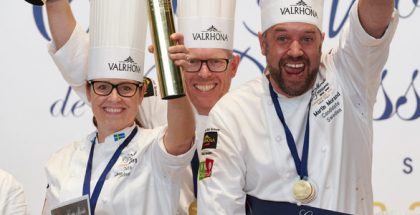