Starting with 2,500 pounds of some of the world’s best chocolate from Barry Callebaut the five contestants of the 2010 World Chocolate Masters U.S. selection competition didn’t waste any time over the two-day event, creating five different chocolate masterpieces, including a plated dessert, a multi-layered mousse cake, molded and hand-dipped pralines, and a towering showpiece made entirely out of chocolate. Held in conjunction with the International Baking Industry Exposition in Las Vegas (Sept. 26-29), this year’s theme, “Cocoa, Quetzalcoatl’s Gift,” with its nod to the mystery surrounding the discovery of cocoa in the rain forests of South America, provided ample inspiration for the pastry chefs’ stunning creations. As a judge my job was much easier, but nonetheless stressful with each of the competing chefs presenting something worthy of an award on its own. But in the end, it was Sylvain Bortolini, assistant executive pastry chef at Bellagio Las Vegas, who took home the top prize, along with Best Showpiece, and will represent the United States at the World Chocolate Masters finals in Paris next year.

Searching for the best croissant 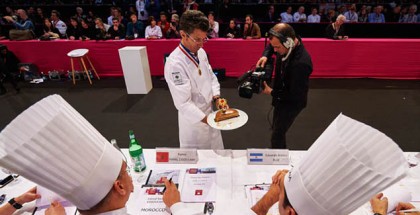 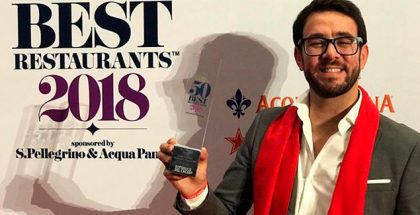