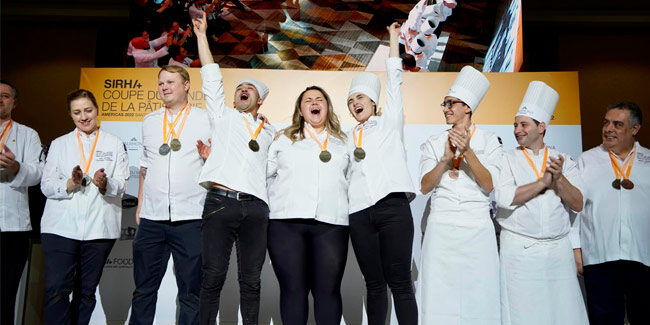 Like in 2018, the Chilean team has won the Maya Cup -now known as the Americas Pastry Cup- held on July 13. This continental tie of the Coupe du Monde de la Pâtisserie, in addition to Latin American countries, also hosted teams from North America, hence the name change.

The Chilean national team, which calls itself La Roja Dulce, faced off against Canada, Mexico, Colombia, Brazil, the United States, Ecuador, and Argentina. Alejandro Espinoza (chocolate candidate) and Javiera Villegas (sugar candidate), directed by the president of the selection Camila García, seduced the jury with creations around the theme “Nature Blooms”. Among them, the frozen dessert ‘Chilean’s Once‘, which is reminiscent of the classic lemon tart and is made up of a lemon sorbet, passion fruit gel, lemon curd ice cream, almond meringue, creamy vanilla ice cream, and crunchy almond and citrus; the frozen lollipop ‘Butterfly pollination in spring‘, which in the center combines a raspberry sorbet with an orange one, and the restaurant dessert ‘Autumn in Santiago‘ with the hazelnut as the protagonist, presented in a variety of textures and shapes.

The United States and Argentina, as second and third place respectively, will also travel to Lyon to compete in the World Cup. The next stages of the 2022 continental selections are the African Pastry Cup on September 10th (Dakhla, Morocco) and the Asian Pastry Cup on October 25th and 26th (Singapore). 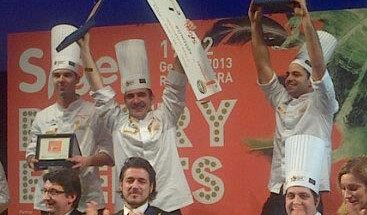