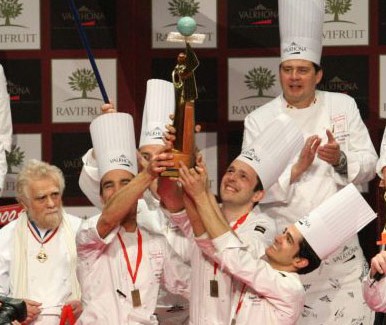 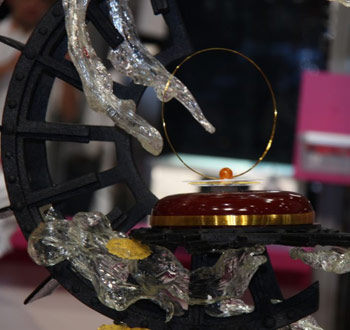 Detail of Spain Sugar Piece with the Chocolate Entremet

The recent victory of the Spanish team in the Pastry World Cup is, for many reasons, a historical, extraordinary, and great achievement. The intense emotion when Gabriel Paillasson announced “l’Espagne” after seconds which seemed eternal is still alive. For this reason, because of the intensity of the emotions which overpowered us a little over 24 hours ago, it is still not the time to analyze in detail the triumph of the Spanish team, the team made up of Jordi Bordas, Julien Álvarez, Josep Maria Rodríguez and their trainer Yann Duytsche.

It’s more of a moment to savor the gold medal and to attend to the most evident information which stands out. Firstly, the forcefulness of the victory, reaching 5,678 points, more than 200 points over those achieved by the Italian team (5,450) which came in second place, and 300 over the Belgium team which came in third (5,357). Spain came in first place in all possible points, apart from the performance.

The main element which aided in the victory was clearly the tasting. Spain deserved the prize for best tasting and the only thing left is appreciating the impeccable work done on all the desserts (chocolate entremet, ice cream cake, and plated dessert) to understand why they imposed themselves on the rest. Personally, I had the opportunity to taste and score the Spanish team’s chocolate entremet and, without a doubt, the perfect level of the technique employed and how spectacular the presentation was situated it amongst the best. Perhaps when calmer, we will also have the opportunity to explain the characteristics of each one of the pieces. For example, how was it possible for Japan, one of the greatest powers which usually place in this event, once again came in fourth place as it occurred in the past edition, despite obtaining the best ice sculpture award and also the best chocolate cake award given by the press, amongst which we were part of. Other special awards worth mentioning are the chocolate artistic piece award which went to South Korea and the sugar piece award which went to the United States. 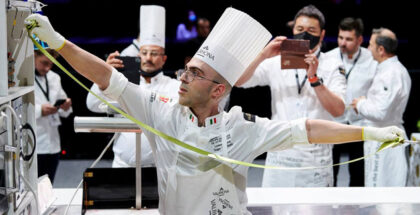 Young pastry chefs from 11 countries have an appointment at the 5th World Junior... December 17, 2018 | Ana Rodríguez 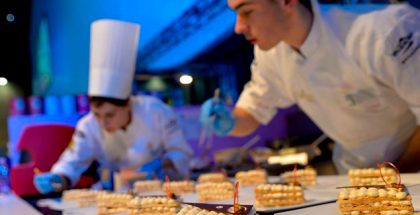