Japanese sweets are called ‘wagashi’. ‘Wa’ means Japan and ‘gashi’ means sweets. Wagashi has a long and interesting history. It was affected by China in ancient times with Buddhism and by Portugal and Spain through trades in 16th century. After the period of national isolation, sweets like chocolate which people had never seen before came from America or England. ‘In fact, wagashi was more or less influenced by foreign cultures. With the arrival of the modern times, more western sweets were carried to Japan and wagashi artisans worked harder not to lose clients’ loyalty to what they made. Their diligence, skillfulness and sensitivity to season’s transition have elevated wagashi to a higher state, I believe. Recently, more pastry chefs in other countries seem to be fascinated by Japan and Japanese ingredients because we have such a unique background,’ said Motohiro Inaba, the co-owner of Wagashi Asobi.

Wagashi is essential for Chanoyu, the rituals for making, serving and drinking green tea. Unfortunately, less Japanese living in 21st century appreciate the art of tea ceremony and more people enjoy ‘western sweets’ rather than Japanese sweets. The number of wagashi artisans is decreasing accordingly. In order to break through this situation, Inaba and his partner, Rio Asano formed a team in 2011 called ‘wagashi asobi’ which means ‘playing with wagashi’ and opened a small shop-cum-atelier in a small town in the heart of Tokyo. Inaba asked himself then, ‘to preserve traditional technique in wagashi-making which came down generation by generation, what can we do now?’ Finally they came to a decision to make both traditional wagashi and playful creations which draw more attention from younger people. ‘We started to regard wagashi as a communication tool. Besides, we will be happy if our shop becomes a new business model for younger wagashi artisans to stand on their own feet in the future.”

When I entered the shop, a foreign man was there. Inaba told me he is the latest client. For Inaba and Asano, who has been working in the world of wagashi for about 20 years, letting more people on the planet know about wagashi is a dream.

‘When you think of introducing wagashi in other cultures, you are likely to make efforts to let people know Anko, sweet bean paste first. It’s wrong. I realized when I worked at a famous and established Japanese wagashi shop in NY, that it’s too difficult for people in other cultures to enjoy sweet bean paste’, said Inaba. It is not Anko they want the world to know, but messages hidden behind wagashi. ‘We appreciate cherry blossom in blooming and falling in spring, its leaves in summer and falling leaves in autumn, for example. We enjoy four seasons from various angles. It’s a Japanese culture we are proud of. We want to translate it into wagashi-making. Most wagashi is minimally designed because it is done so to let your imagination fly.’

They conducted demonstrations of wagashi-making across Japan and the world to increase recognition in wagashi. Tabisuru-Hiyoko, a hanging-out chick are named as their goodwill ambassador. It’s a chick-shaped Suama which is a simple and sticky sweet of steamed high-glade rice flour made of non-glutinous rice called Johinko. ‘When we went to Paris, we made ‘chicks in Paris’ flavored with raspberry and marmalade which are familiar to French. And we made for Dean and Deluca in Tokyo ‘chicks in marche’ and these are made of juices in the shelf. Chicks are our hardware and they can be adapted to any country by using local food culture as a software. You can make wagashi anywhere even without Japanese ingredients’, Asano said.

When you think of introducing wagashi  in other cultures, you are likely to make efforts to let people know Anko, sweet bean paste first. It’s wrong

It was a week after the Easter holidays when they demonstrated in Paris. Inaba remembered, ‘We explained our French audience that those chicks are hatched from Easter eggs and they loved the story. Again, wagashi is about the story or message behind it.’ The definition of wagashi seems to be changing now. Wagashi is not a sweet made of Japanese ingredients, but what makes it wagashi is the expression of beauty in nature, philosophy of your own or the sensation you feel in daily life, and the expression should be transformed to as minimal design and taste as Haiku. 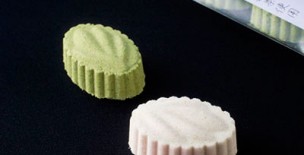 Rakugan is made from sweet rice flour called Kambaiko, powdered sugar and water. The recipe is very simple but designs vary by using various wooden molds in which the Kambaiko mixture would set. It is a traditional sweet for Japanese green tea, but what makes it unconventional at Wagashi Asobi is the way of flavoring. They use herbs like rosemary and hibiscus and vegetables like tomato. 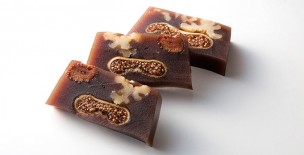 There is no glass showcase or fancy counter at Wagashi Asobi. On a small table, you can find colorful leaf-like candies and some box-shaped parcels and that’s all they sell. They are herbal Rakugan, a Japanese traditional sugar candy with modern twists and Dried Fruit Yokan. Yokan is normally a sweet bean paste set by agar agar, but a request from one of their clients made it very unique. ‘She said she wanted a kind of wagashi that she could eat with bread. I didn’t understand at first, but I remembered about Anpan, everyone’s favorite Japanese sweet bread filled with sweet bean paste. I thought I should add nuts because in ancient Japan, people used to eat nuts as sweets. And dried fruits are a must. They go well with rum. Both rum and brown sugar often used in wagashi are made from sugar cane. As a result, a Yokan with walnuts, dried fig and strawberry, and rum is born,’ explained Asano. 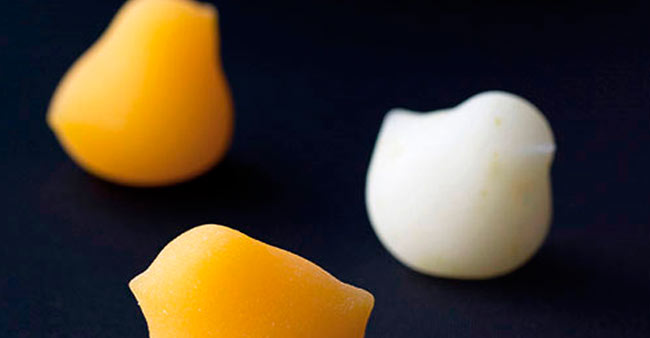 Check these recipes of hanging-out chicks lemon and mikan, and enjoy step by step images at so good #13 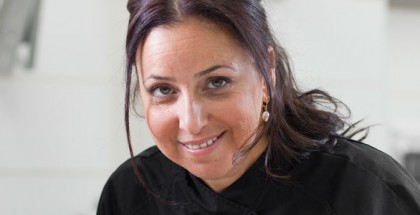 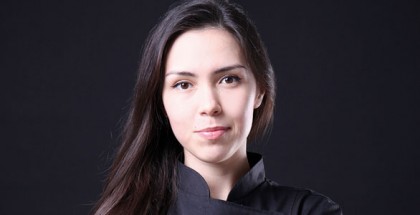