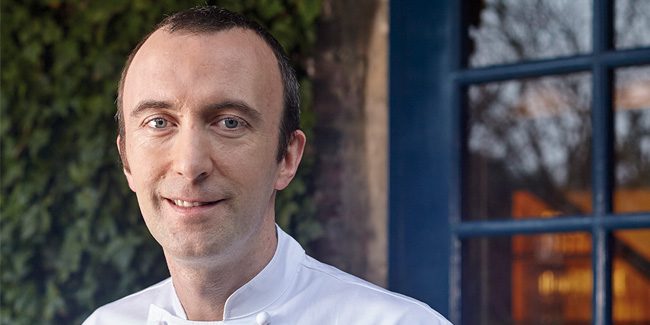 As the executive pastry chef at two world-renowned three-Michelin-starred restaurants, it might come as a surprise to learn that Elwyn Boyles is often content with a big scoop of ice cream for dessert. But fitting a seasoned chef of The French Laundry and Per Se, where chef/proprietor Thomas Keller’s intense attention-to-detail approach is legendary, that ice cream has to be perfect. “It doesn’t need to be complicated, it just needs to be done well,” says Boyles of his criteria for a great dessert.

Boyles got his start in the hospitality industry as a part-time dishwasher when he was 14 in his native Great Britain. Eventually he progressed to chef at the small restaurant, but it wasn’t until he traveled around Australia that he saw cooking as a potential career. Once he got back home, he promptly quit university and took on an apprenticeship at London’s Café Royal where he was scheduled to rotate through all the kitchen stations at the luxury hotel. But, he says, “They started me in pastry and I basically stayed there.”

His passion and proficiency for pastry has roots in two areas: an artistic aptitude and a love for mathematics. Boyles credits his family’s artistic background, including a designer father, as instrumental in developing his own abilities.

“I never do something to simply look good on the plate,” he says, “but the way you can put together ingredients together certainly does help if you have an artistic bone somewhere in your body.”

Boyles went on to work at the pastry departments at London’s The Four Seasons, the Connaught Hotel and Midsummer House in Cambridge, the latter of which received its first Michelin star during his time there. Additional culinary experience was gained at Tom Aikens eponymous award-winning restaurant and at Danesfield House Hotel in Marlow, England, where Boyles worked as head pastry chef. “I’ve been lucky to have had an influential and progressive career,” he says. “I’ve worked for some amazing chefs.” 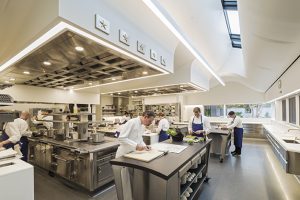 From Per Se to The French Laundry

In 2008, Boyles became pastry chef at New York City’s Per Se under Executive Pastry Chef Sebastien Rouxel. Boyles became executive pastry chef for the Thomas Keller Restaurant Group in 2012, overseeing the pastry departments at both Per Se and The French Laundry in Yountville, Calif. While the title is an impressive one, Boyles is reluctant to take all the credit for the restaurants’ prolific pastry departments. “I run The French Laundry’s pastry kitchen and program, and Anna [Bolz] definitely runs Per Se’s,” he says. “My job is to keep the creativity going in both restaurants, keep the chefs inspiring each other and make sure we are all going in the same direction.”

No easy task though when said restaurants are thousands of miles apart and prepare hundreds of different desserts a year. But weekly phone conversations as well as visits to each other’s kitchens help. In addition, the chefs often share their creations on Photo Stream. “We don’t see ourselves as two teams, but rather one team that shares all of our ideas together,” says Boyles.

That exchange of ideas also applies to the savory department. That’s especially true at The French Laundry, which recently underwent a 2-year, $10-million renovation. In the 2,000-square-foot state-of-the-art kitchen, Boyles and his team are in close proximity—physically and mentally—to the other chefs. The upgrade has also helped ensure the famed restaurant thrives and grows.

As part of the renovation, the kitchen’s wraparound windows offer an unobstructed view of the restaurant’s extensive garden, which provides inspiration for the constantly changing desserts, as does the seasonal bounty from the area’s surrounding farms. New equipment, including a chocolate cooler and Rational ovens with detailed humidity and temperature controls, also has led to improvements. Boyles is particularly pleased with the fine-tuning of the restaurant’s signature gougeres. 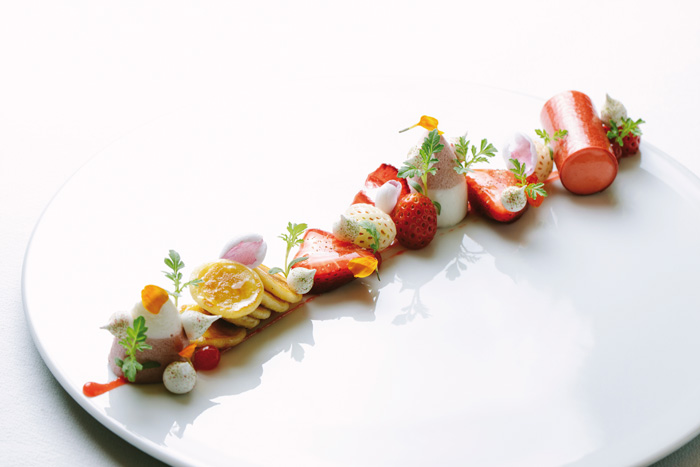 A walk through the garden
Yogurt panna cotta with pancakes, marigold jelly and whipped strawberry juice.
This really is spring in Yountville. You walk past the Fejoa tree in full bloom, stepping onto the paved stones through The French Laundry garden, past the pineberries and patches of marigolds to snatch a perfect mara des bois, our favorite strawberry varietal.

When it comes to defining the restaurants’ pastry style, Boyles cites a Bruce Lee quote. “You must be shapeless, formless, like water” he says, meaning they strive to encompass and showcase a range of styles, which might include something as simple as vanilla ice cream next to a very classical French chocolate dessert served next to something more avant-garde prepared with fruit.

“We like to reflect desserts that are modern, classic, new, traditional, simple and complex at both restaurants.”

To do that, Boyles and his chefs are always researching and experimenting, whether it’s trying to make the perfect tres leche cake or canelé ice cream. “Basically, our job is to create beautiful products and beautiful experiences for our guests by always being creative and refining the quality,” says Boyles. “It really is as simple as that.” 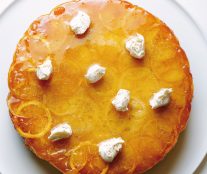 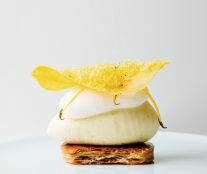 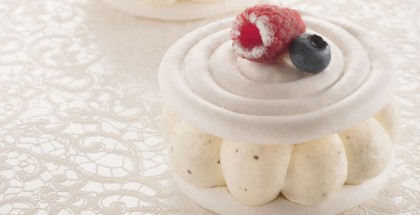 Zhou Xiaohu: ‘There is nothing more fascinating than my job itself’... September 22, 2021 | Alberto Ruiz 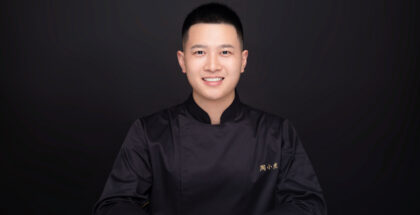