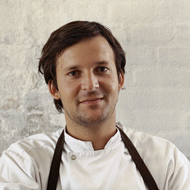 Emblem of Northern nouvelle cuisine. In his restaurant Noma in Copenhagen, he practices a cuisine which blends with the environment.

Regarded as the real reformist of Northern cuisine, Rene Redzepi has built a culinary philosophy which blends with the Danish landscape and which opts for local products and their aromas. His restaurant Noma in Copenhagen has become a cult place and a must for those gastronomists visiting the city from all over the world. Several times, it has been acclaimed best restaurant in the world, leading the list which the British magazine Restaurant makes public every year.

Redzepi gives essentialness to ordinary ingredients which, this way, acquire a new and surprising gastronomic dimension

Featured in so good #1