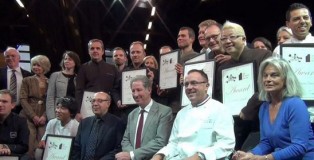 As it does every year, the “Club des Croqueurs de Chocolat” has declared its verdict in the form of a guide containing more than 151 addresses of chocolateries, classified by a ranking of 5 to 1 “bars”. It is a comprehensive review of the temples of cocoa in France and Japan, and was presented for the first time during the award ceremony at the Salon du Chocolat in Paris. END_OF_DOCUMENT_TOKEN_TO_BE_REPLACED 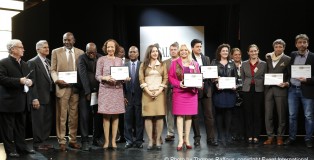 They are from a total of five African, three Asian, four Central American and three South American countries. They are the 15 “Cocoa of Excellence” award winners from this year’s Salon du Chocolat in Paris. END_OF_DOCUMENT_TOKEN_TO_BE_REPLACED 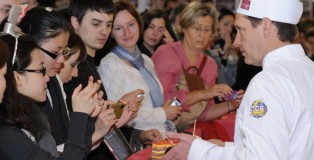 The Cube will host all the competitions planned for next year’s Europain. The International Confectionary Art Competition, The Bakery Masters, The French Schools Cup, or the Bocuse d’Or France event will envliven any visit to the contest area on any day of the show. END_OF_DOCUMENT_TOKEN_TO_BE_REPLACED 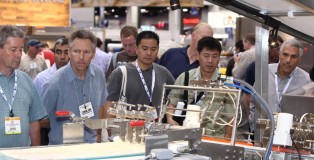 If the 2010 edition showed an impressive increase in the attendance figures (40% more), the Baking Expo (IBIE) 2013 does not seem to slow down and promises to break another record. This worldwide acclaimed exposition, aimed at all the sectors related to the baking industry, will take place next October 6th to 9th at the Convention Center in Las Vegas. END_OF_DOCUMENT_TOKEN_TO_BE_REPLACED

The Salon du Chocolat in Paris 2013 (30/10 to 3/11) includes the fourth edition of its biennial edition for the professional sector (28 to 30/10). As if the figures precede it do not speak for themselves, 19 editions of the legendary Parisian salon for the general public and 23 celebrations spread across French and international geography and international, the new proposal in Paris ensures the expansion of the total surface area of 12,500 m2 (2012) to the current 20,000, occupying the entire pavilion 5 of the Paris Porte de Versailles exhibition space. END_OF_DOCUMENT_TOKEN_TO_BE_REPLACED 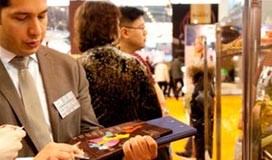 To be held in Paris next March 8th to 12th, Europain aspires to become, once again, the major reference exhibition for the bakery and pastry sectors in Europe. Last year’s figures (82,690 visitors) clearly vouch for its success and encourage the organization to at least equal the number of people captivated by this event. END_OF_DOCUMENT_TOKEN_TO_BE_REPLACED 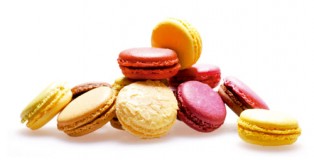 Reaching an agreement is not always that difficult. Top-level pastry chefs from France and Belgium have managed to bind the vindication of macaroon to a great combined initiative, whose charity performance, through the present hard times, turns it into a real lesson for all the society.

This year, the International Day of Macaroon will be a good excuse to launch a proper act of solidarity. END_OF_DOCUMENT_TOKEN_TO_BE_REPLACED 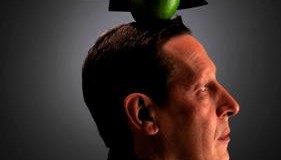 The first edition of the Art & Pastry Festival in Lugano (Switzerland) is putting the final touches to the organization of an extensive program of lectures, courses, round-table conferences, workshops and contests with which it intends to attract an estimated public of 2,000 to 2,500 people as we have been informed. It will take place on the weekend of 2nd and 3rd March, and will consist of more than 30 activities. END_OF_DOCUMENT_TOKEN_TO_BE_REPLACED

Sirha commited to design in pastry through Caketoy’Z 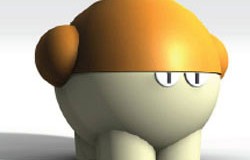 To be held next 26th to 30th January in Lyon, Sirha has announced, within a tight program of activities, conferences and contests, the development of Caketoy’Z, an exhibition devoted to design under the signature of major figures in this discipline and from the sweet and savory culinary world. The repertoire of creations will consist of some creature-looking individual desserts which will prove the enormous potential which the relations between design and gastronomy in general and pastry in particular have. END_OF_DOCUMENT_TOKEN_TO_BE_REPLACED 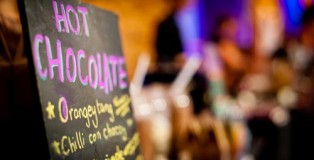 Chocolate Week, from 8th to 14th October, was born in London some good years ago as a response for a market eager to find the latest trends in top-of-the-range chocolate. And creating a showroom in which artisans and companies could exhibit their latest creations produced excellent results. As everybody knows, being at Chocolate Week is a reward for excellence for the best chocolate artisans and manufacturers, as well as a privileged communication channel which helps the finest chocolate industry meet the most demanding British customers. END_OF_DOCUMENT_TOKEN_TO_BE_REPLACED 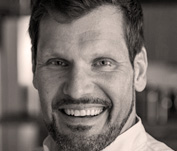