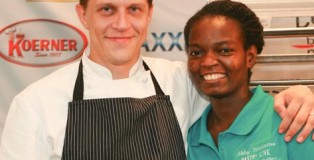 Once again, Atlanta will become the capital of American pastry by holding the latest edition of Pastry Live, next August 25th-27th. Young talented chefs and established professionals will demonstrate their skills at the varied competitions proposed and which will be open to the chefs from all over the country. END_OF_DOCUMENT_TOKEN_TO_BE_REPLACED 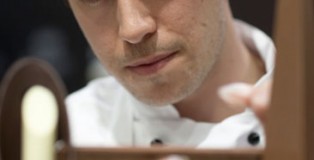 During the first weekend of June, the last qualifying round (the German preselection) to complete the finalists’ panel participating in the next edition of the World Chocolate Masters, October 28th to 30th in Paris, took place. A total of 20 chocolatiers have been chosen out of their respective national preselections held all over the world throughout this year, organized by the chocolate manufacturing firms Cacao Barry, Callebaut, Chocovic and Carma. END_OF_DOCUMENT_TOKEN_TO_BE_REPLACED 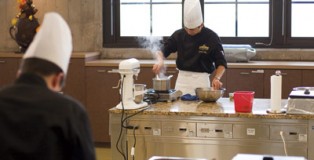 Cacao Barry and The Chocolate Academy of Chicago are making the final preparations for the third edition of L’Art du Chocolatier, this May 17th and 18th. Five finalists, previously selected and coming from all over the US, are to make a showpiece, a sugar confection, a chocolate tablet and a dessert in a glass concept during the two days of the competition. END_OF_DOCUMENT_TOKEN_TO_BE_REPLACED 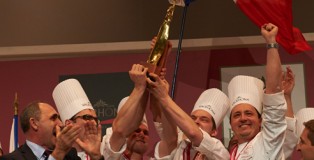 Quentin Bailly, Mathieu Blandin and Joffrey Lafontaine obtained the gold medal for France at the last edition of the World Pastry Cup, held on 27th and 28th January in Lyon, at Sirha’s Paul Bocuse Hall. The great favorite team proved again why they are one of the strongest and most competitive countries in this competition. Alongside the French, the Italian and Japanese teams also mounted the podium. END_OF_DOCUMENT_TOKEN_TO_BE_REPLACED 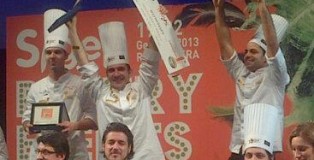 Winner of the sugar showpiece competition on the very first day Sigep was inaugurated, The Star of Sugar, Davide Malizia showed once again yesterday that he is at his best after leading the Italian team straight to victory during the Junior Pastry World Cup. END_OF_DOCUMENT_TOKEN_TO_BE_REPLACED 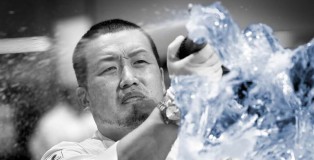 Next January 27th and 28th, during the SIRHA International Trade Fair (previously known as ‘Les Métier de Bouche’) in Lyon, the 13th edition of the World Pastry Championship will take place. Ever since it was first inaugurated in 1989, promoted by its current president Gabriel Paillasson, this event has done nothing but gain prestige and a spectacular nature. END_OF_DOCUMENT_TOKEN_TO_BE_REPLACED 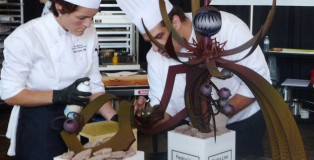 ‘A championship organized by and for the pastry chefs’, this is the explicit definition the organizers of PastryLive use to refer to the second edition of the National Showpiece Championship to be held in Atlanta on Sunday, August 5th, within the framework of PastryLive. END_OF_DOCUMENT_TOKEN_TO_BE_REPLACED 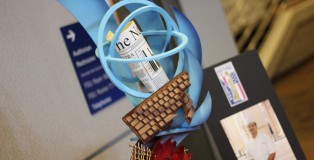 Andy Chlebana, Christophe Feyt, Stephen Durfee and Roy Pell will make up the team representing the USA in the next edition of the Coupe du Monde de la Pâtisserie (Lyon 2013). They all qualified in a test held in The Grand Rapids Community College, and were chosen out of a group of eight finalists. END_OF_DOCUMENT_TOKEN_TO_BE_REPLACED

The Red Rock Casino Resort & Spa in Las Vegas will host the next 8 and 9 July the Amoretti World Pastry Team Championship finals. A total of eight teams from China, Japan, Mexico, Morocco, Netherlands, South Korea and the U.S. will compete for this international title, also accompanied by a hefty $25,000 prize. END_OF_DOCUMENT_TOKEN_TO_BE_REPLACED 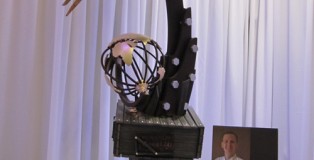 For its second annual L’Art du Chocolatier Challenge 2012, sponsored by Cacao Barry and Chicago’s Chocolate Academy, a few changes were made to make it better, said Alexandra Urbe, Cacao Barry’s brand manager for the Americas. But one thing remained the same: “Our strong passion for this industry.” END_OF_DOCUMENT_TOKEN_TO_BE_REPLACED 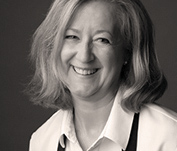