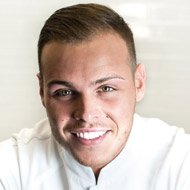 One of the most influential talents of the international pastry scene, growing up in France but with an entirely planetary influence, the young Amaury Guichon looks for surprise and originality in his work. The quality and technical perfection of his desserts and pieces have earned him the acclaim of hundreds of thousands of followers in social networks. In his career he has earned the title of Best Apprentice in France, in addition to leading pastry shops as famous as Victor et Hugo (Paris), Lenotre (Cannes), and Jean Philippe Patisserie (Las Vegas). Currently, he is active as a private consultant.

I try to create things that have not been done before. I also like to trick the mind by creating things that look like day-to-day objects, such as a watch, an egg, a compass 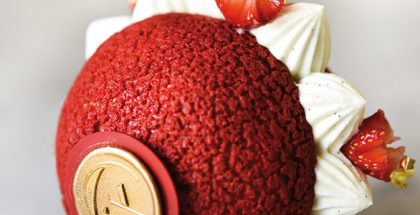 The most popular content of 2021 on the So Good .. website Amaury Guichon will premiere in the talent show, School of Chocolate The most popular content of 2020 in So Good .. website Coffee grinders, perfumes, radios and books in four artistic creations by Amaury Guichon L’Atelier Barcelona, ​​Amaury Guichon’s first European visit in 2020 Icep Hotel School Romania announces exclusive masterclasses in 2020 Icep Hotel School Romania will gather great pastry stars in 2019 Amaury Guichon and Yann Couvreur, together in Paris Amaury Guichon’s pastry, for the first time in New York at Dominique Ansel Bakery Penkina, Bachour, Tarasova and Guichon will visit Romania in 2018