Italy was again proclaimed champion of the exciting Gelato World Cup (Coppa del Mondo della Gelateria), held last weekend in Sigep (Rimini), with a team made up of Luigi Tirabassi, Alberto Carretta, Antonio Capuano and Amelio Mazzella, and led by Diego Crosara. It was predictable, they started out as the favorites before starting the competition and did not disappoint. It was as competitive, sure, resolute and reliable as ever with pieces on the theme “Contrast of the sea”.

The silver medal went to the Spanish team composed of Adolfo Romero, Marc Piqué, Mario Masiá and Judit Comes, under the baton of Antonio Sirvent. Their work was based on the story of “Little Red Riding Hood”, which was remarkable in its aesthetic. Not surprisingly, Judit Comes received the award for best artistic work. Their buffet, in the opinion of several of the jurors and ours, was the best overall for its creativity, for matching the topic, neatness and perfection, risk, and novelty. However, we do know of some errors in terms of the texture of the ice cream.

The Australian team, Andre Sandison, Donato Toce, Bo Song and Tiffany Jones, led by Martin Piccolo, came in third with a proposal based on the “treasures and mythology of the Pacific”. 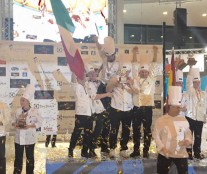 Italy, Spain and Australia on the podium 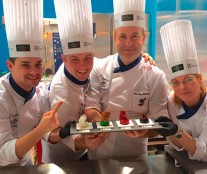 The silver medal went to the Spanish team 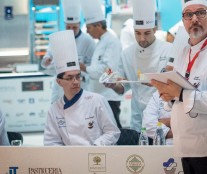 The Commissioners of the competition

Italy returns to the top of the podium of the Ice Cream World Cup... January 30, 2020 | Ana Rodríguez 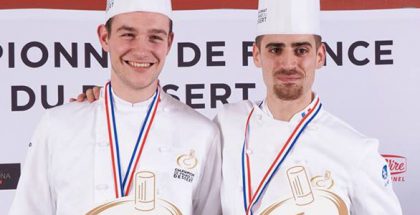